STORM Ciara held off until Sunday but Windy Hill was still definitely gusty on Saturday for the fell race. It was the opener for this year’s Run the Moors Fell Grand Prix of 12 races and Nick Leigh put on a display of commanding fell running in finishing fifth in a field of 321, many of whom ran to give their club a good start in the team competition. Leigh was first M40 and Mark Walsh also had a fine run to take second place in the M50 category. 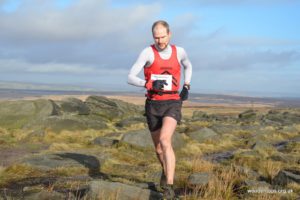 At lower altitude in Heaton Park, calmer conditions favoured the speedsters. Joe Mercer was the top Harrier in seventh in a field of 369 runners. In the final race in the 2019/20 season of the Manchester Area Cross Country League his result was backed up by solid performances from James Scott-Farrington, Alastair Murray, Gareth Booth, Dan Gilbert and Dave Jackson, Horwich’s senior men finishing fifth in the top division of the league. 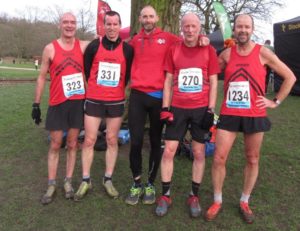 Janet Rashleigh had another cracking run to complete a clean sweep of the F55 category, taking the individual series first place. David Barnes claimed a series third in the M60 category with fourth place on the day. In the vets Division One, it was also a successful result for Horwich with a fifth place on the day securing third in the final table. There was even a vets B team for Horwich with Chris Essex Crosby leading them home to also finish fifth in the B team standings. 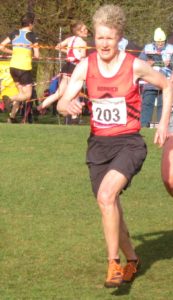 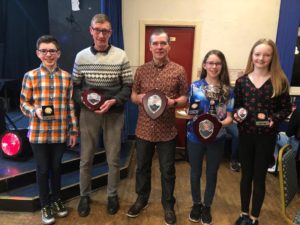 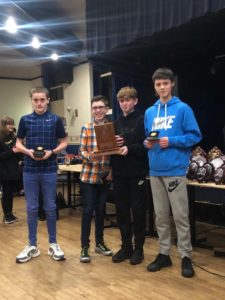 Horwich u-15 boys winners at RRXC – photo by Ian Collings

In parkrun, the top result was from Alistair Thornton at Brierley Forest in Nottinghamshire and there were thirds for Luke Brindle at Haigh Woodland and Marcus Taylor at Bolton. Glyn Kay is making a habit of finishing fourth and did so for a fourth successive week at a fourth different venue, Armley in Leeds.