THERE were several fine performances from the Harriers over the weekend, not least three fine second places in a range of race disciplines. Michael Cayton starred in cross country, Julian Goudge in night running and Sophie Walton in indoor sprinting. At a new venue, Tatton Park, for the Manchester Area Cross Country League Cayton, a fine athlete to come through Horwich’s ranks in recent years made a welcome re-appearance in the Harriers’ vest and duly relished the fast course to take second place, eight seconds behind Stockport’s Jack Morris. He led the men’s senior team to sixth place consolidating their place in the top division. 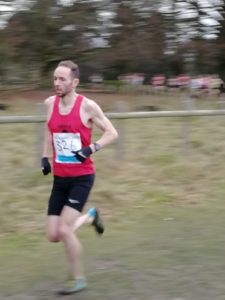 The vets team, promoted from Division Two, were led home by James Titmuss and took fifth which should keep them third in the series with one race to go. There were also two stand-out performances from Horwich women at Tatton Park. In a field of 328 women, Rowen Pymm was 22nd and Janet Rashleigh 30th and both hold top-20 places. Rashleigh also secured the L55 title with first in her category for the fourth time this season. In the under-17 men’s race Robert Seddon finished sixth. 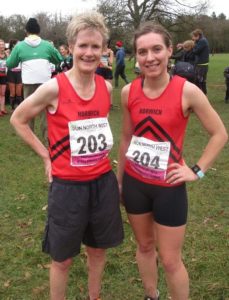 On Saturday evening, in wet and blustery conditions, Goudge had another great Night Runner race to take a clear second place. Simon Vaughan was the second Harrier to finish, only three seconds off beating his time last year. Richard O’Reilly also took on the Night Runner race, having competed in the cross-country race that afternoon and the Cuerden Valley parkrun in the morning. 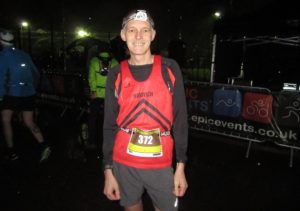 The Northern Championships took place this weekend in Sheffield and Horwich had four athletes competing in the first major indoor competition of 2020. Both U17 women Sophie Walton and Isabella Merritt were coming back from injuries and illness yet still performed excellently. Merritt ran a good first 200m in the 300m heats but faded in the home straight. Walton, as reigning 60m champion, won her heats comfortably but again a lack of fitness told and she finished an excellent second in 7.68 and she was still happy with her silver. 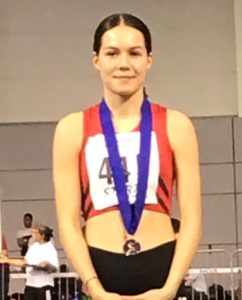 The two U20 men had a superb day in the 400m. Nathan Hargreaves knew it was almost an impossible task to get to the final but he got the PB he was after, running 53.54, while the performance of the day went to Isaac Parker. He was ranked seventh before the race but a PB in the heat and then beating that in the final with 50.59 gave him a well-deserved third place. Niall Maloney narrowly missed out on the medals in the long jump, finishing in fourth place with a best jump of 6.41m, a very promising start to the 2020 season. 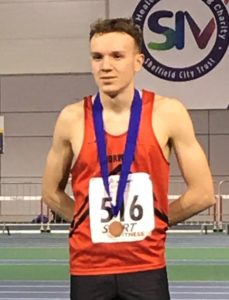 The only road race result this week was a fine personal best from Emma Collings in the Garstang 10k. In parkrun there was another second place for a Harrier, at Haigh Woodland for Glyn Kay. Alistair Thornton was first at Dishley parkrun and Marcus Taylor was third at Bognor Regis.

Can you come up with something for today’s photo? ... See MoreSee Less

If you’re signed up to easyfundraising already, make sure to take part every day in December. If not, get signed up now! Great prizes for the Club and for you! 💰 🎁

It's almost time for the #easyfundraising Advent Calendar Giveaway. There's £250 in donations up for grabs EVERY DAY. Plus, the chance to WIN a £2,000 donation for Horwich Harriers and £2,000 John Lewis & Partners gift card for yourself on Christmas Day! Find out more: ... See MoreSee Less

What do you think? ... See MoreSee Less

Here are 2 more spot prizes for the December 100 Club draw very kindly donated by Pete Ravald, who does some fantastic photos and drone work. Check out his Facebook page for more details. Pete also has more calendars for sale and all profits will go to a charity to help less fortunate families this Christmas. Contact him through his Facebook page if you want one. The superb print of Rivington Pike is approx 12x16 and doesn't include the white mount, but would make a fantastic Christmas present, or I'm sure there are a few fell runners who would love this for their living room wall. ... See MoreSee Less