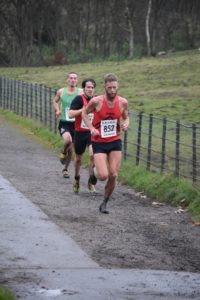 A SECOND outing at Heaton Park this season in the South East Lancs Cross-Country League saw a great second-place finish for Phil Marsden who led most of the way but was beaten on the line by Salford’s Joe Bailey. Despite Marsden’s strong performance, the Horwich team could manage no better than 11th  of 18 teams in the men’s competition as the other three members of the team were slugging it out for honours in the M60 and M65 categories.

Steve Williams was first M65 and just prevailed over a rejuvenated Doug Fleming, who is a new entrant to the M60 category and David Barnes but they had the consolation of winning the V60 team competition. In the women’s race there was another top performance from Janet Rashleigh who, in ninth place overall, won the L55 category and finished ahead of the L50 and L45 category winners too. Isaline Kneale was second in the L50 category. 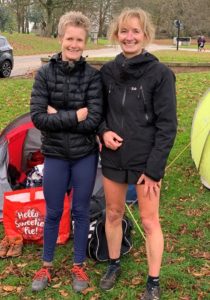 The juniors also had a very good day at Heaton Park with Charlotte Wilkinson continuing to step up to the mark with winning performances, this time in the under-13 girls’ race. There was a first-ever win for Ben Hall in the u15 boys’ race and top-five race results from Tom Finch and Emma Bradley. 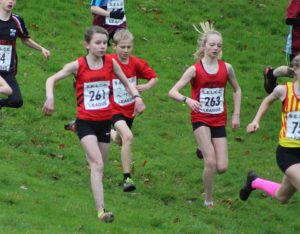 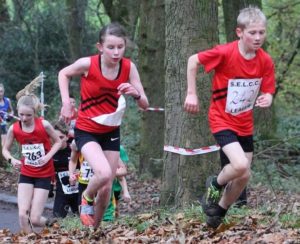 The juniors also featured prominently in the club’s Children in Need fundraising Pike Challenge, organised by Tony Hesketh who the previous day had won the M70 category at Heaton Park. The club raised more than £500 for the charity, enjoying their time in the mists around the tower at Rivington. This is one of several club races organised by Tony and Brenda Hesketh and what is always obvious in the events is that the juniors love having the opportunity to test themselves against their elders. There were a total of 82 laps completed with Alastair Murray doing seven of them. 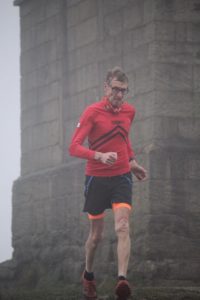 On the fells at Darwen, Dan Gilbert and Mark Walsh took on the David Staff Memorial fell race where the tower is visited twice as the route winds its way across Darwen Moor. Gilbert had another top-10 finish after he and Walsh had also ran the tough Tour of Pendle race the previous week, joined by Julian Goudge who had a fine 12th place. In the Wrekin Wrecker fell race, part of the Shropshire Winter Hill series, David Barnes repeated his performance the previous day in Heaton Park by finishing each race third of 15 runners in the M60 category. 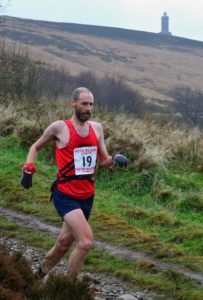 In parkrun there was a great first place for Luke Brindle at Cuerden Valley, one of the hilliest parkruns in the country and has previously seen many Horwich first places from the likes of Richard Howarth and Gareth Booth. At Haigh Woodland Richard O’Reilly and Gillian Smith both set new personal bests. Isaline Kneale had a busy weekend which started at Bolton parkrun, continued through the cross country and ended with four laps at the Pike challenge.