HORWICH Harriers’ senior fell squad travelled to the Lake District to take part in the Hodgson Brothers Mountain Relay – the longest-running mountain relay in the country. It is a tough event, with four legs run in pairs each with challenges, including hard climbs and steep descents on difficult terrain. Across the fells above Patterdale, the team scored an excellent 17th place of 70 teams with Alistair Thornton and Phil Marsden overtaking several other pairs to finish seventh fastest on the final leg. 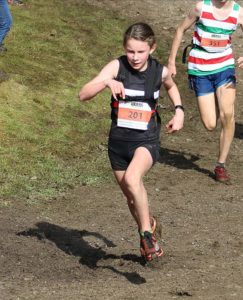 Meanwhile, in the Yorkshire Dales, some of the junior fell squad were putting in performances for their schools in the fine setting of Giggleswick School for the English Schools Fell Championships. In the Year 10/11 race, Isaac Battye ran for Rivington and Blackrod and was 26th boy. Ethan Isaacs, of Canon Slade School, in 14th place was top Horwich runner in the Year 8/9 boys’ race, while Ben Hall and Charlotte Wilkinson ran for schools in Chorley and Emma Bradley represented a Wigan school, all with commendable effort. 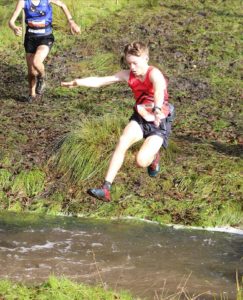 The under-17 young men opted instead to take on the national road relay championships in the expanse of Sutton Park near Birmingham and were 27th of 55 teams – just three minutes behind the winning team in a competitive contest with Toby Middleton leading the team out strongly and then Luke Brindle setting up the final leg for Robert Seddon to gain 10 places.

Outside the team competitions, James Kevan had an impressive triumph in the Rivington trail half marathon, over six minutes ahead of the second place man. Dave Purnell, in seventh, won the M50 prize. Another prize-winning performance by Rob Jackson came on the track at Ashton-under-Lyne, where he took silver for the M50 category and with a season-best time was second overall as the other four runners in the top five all got personal-best times. On the road, marathon specialist Richard Howarth had another great result in the Chester marathon, finishing 15th out of more than 1,000 runners which enhanced his top-80 ranking in the UK for the M45 age category. 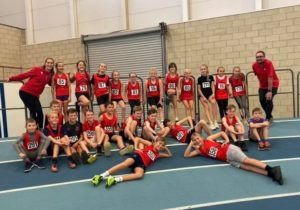 The Harriers’ youngest squad were with coach Gemma Stokes for round one of the Sportshall 2019/20 North West series in Widnes, where Horwich had a big turnout and the picture tells the story of youngsters having a fab day out, loving their sport and enjoying the fun in friendly competition.

In parkrun this week there were two firsts for Horwich with Joe Mercer, at Marple, and Milly Lever getting a new PB on one of the hilliest parkrun courses at Cuerden Valley. There were also two second places for Emma Lucey, at Haigh Woodland, and James Jordan, at Watergrove. 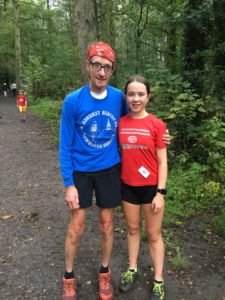