TOBY Middleton ran the race of his life on the fells at Pendleton to achieve second place in the England trials for the Home Countries championships in September. On the same day at the Chipping Show fell race on the edge of Bowland, the penultimate fixture in this year’s Area Fell Grand Prix, Dan Gilbert secured top spot in the race for the MV40 prize for the series by finishing second on the day with James Titmuss a close fourth. Suzanne Budgett was first LV55 and the results of Gary Chadderton and Lawrence Pinnell consolidated Horwich’s mid-table position in the league. 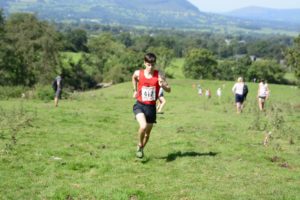 Earlier in the week, Horwich had success in the Rossendale Harriers’ midweek fell series. On the night at the Golf Ball race from Loveclough, Nick Leigh had a resounding win but it was Joe Mercer in third place on the night who sealed the overall men’s series victory and there were series age-category wins for three Harriers n– Gilbert (M40), Mark Walsh (M50) and David Barnes (M60). Leigh, Mercer and Gilbert narrowly missed out on the team prize on the night by one point from Barlick Harriers. 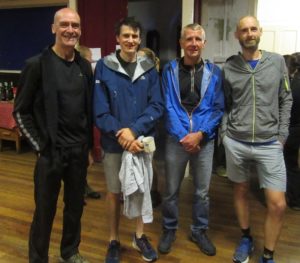 On the same night it was the club’s 5k trail race, organised by Tony Hesketh, and the seniors had a better night than at the Murder Mile the previous week where the juniors had triumphed. James Scott Farrington was first male and Kim Chadderton first female, while Robert Seddon recovered well from the previous night’s Trafford AC grand prix track performance to be first junior male in second place overall and Milly Lever was first junior female. 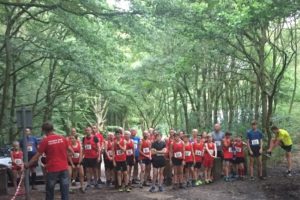 Seddon had an excellent all-round performance, mixing up the running disciplines having won the Trafford AC grand prix 800m on the track and then finishing second in the club’s trail race before ending the week with a good result in the top 40 of athletes competing for places in the England team in the Pendleton senior fell race. Hesketh was first M70 in this race and it was a fitting tribute to his coaching and running pedigree that he achieved this at the same event one of the club’s junior fell runners he has coached also excelled earlier in the day. Another junior fell squad member, Emma Bradley, had a great result in the Yorkshire Dales at the latest British Open Fell Runners’ Association fixture at Reeth Show, finishing third girl in the under-14 race. 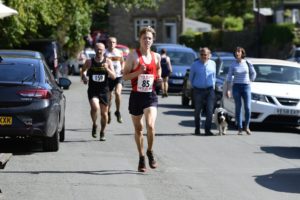 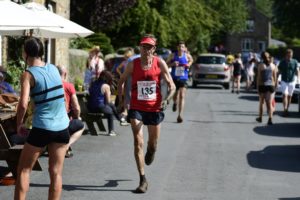 At parkrun, Nick Leigh continued his winning ways, this time at Haigh Woodland, and James Jordan notched up another first place, this time at Chadderton Hall. Rowen Pymm was second woman at Oldham and there was a personal best for Mark Kmiec who, as something of a parkrun tourist, ran the Swindon parkrun as his eighth venue in 12 runs.