THE first of Horwich’s three-event Jubilee road race series saw age-category wins for Harriers David Unsworth (M55), Steve Williams (M60) and Rudolf Maciejkowicz (M65). Glyn Kay was the top Harrier in 13th place and Erica Booth was second female under-35. Blackburn Harrier Ben Fish finished first, nearly a minute and a half ahead of Leigh’s Neil Pendlebury in second, while Blackburn’s Annabel Ralph was first woman followed by Katherine Klunder, of Chorley. But Blackburn’s men were pushed hard to win the team prize with Wigan Phoenix only six points behind them. Chorley beat Burnden Road Runners in the women’s team competition. 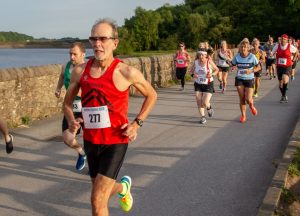 The junior street races preceded the seniors’ race and saw a great turnout of 86 young athletes. The course record was broken by both Matthew Flatters and Toby Middleton in first and second places, while Lucy Dixon and Isabella Merritt were first and second females. Lois Bowl was first under-13 girl in race one and Isobelle Wilkinson was second u11. Dixon then went on to the Christleton 5k road race in Cheshire, and there were impressive first, second, third and fifth places for Horwich’s young female athletes with Dixon in first followed by Eva Baldwin, Georgia Heath and Hannah Camden. Gareth Booth was in action again and, despite an impressive 16:38 time, could only get 71st place and was pushed to that by Robert Seddon running as an u20 who was one second behind. Luke Brindle and Matthew Mair also ran in the u20 category and recorded fast times. 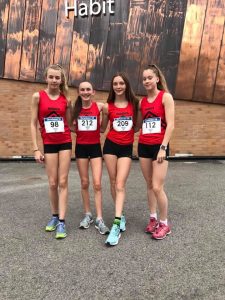 The Great Manchester 10k road race attracted 30,000 runners but only two Harriers with Rob Jackson maintaining his fine record in the race in a top 150 place and fifth in the M50 age category. Jackson was also pleased to shake the hand of the winner, Jacob Kiplimo, the Olympic champion from Uganda. Tony Hesketh was the other Horwich competitor and he also organised the team of 12 Horwich marshals who helped make the race go well with a seven-hour stint near the finish line. 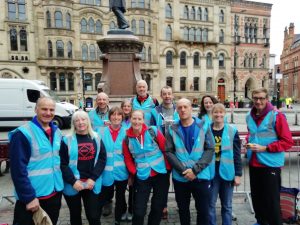 In the second round of the Youth Development League at Hyndburn, Harriers had a big turnout of young athletes and it paid dividends as they earned the club second place behind Leigh and ahead of Chorley. Standout performances among many fine results came from Pip Nuttall and Daniel Djambi. Pip won the u13 70m sprint and the high jump and was joined by Alexandra Freeman, Emma Bradley and Emily Tweddle to take second place in the 4x100m relay. Daniel was in the winning boys’ u13 relay team with Jake Mayor, Harvey Kenny and Alistair Sharrock, having already taken first place in the 200m and second in the 100m. The following day at the Queens Park junior parkrun it was a one-two-three-four for Horwich with Aidan McKenna in first place and Lucas Collings second. 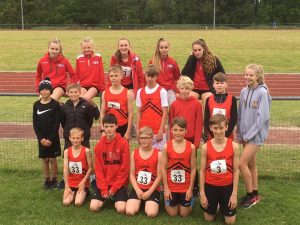 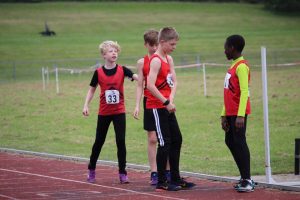 What do you think today? ... See MoreSee Less

Wow something we’ve not seen all year... a fell race!
Friday evening Luke Brindle and Toby went up to Ambleside for the Wansfell uphill only time trial. It was a mere 2.5km but with a stinging 400m height gain 😬- not sure what took them so long! It was Luke’s 3rd fell race and he did a very credible 18:46. Toby had the carrot of the current U20 world champion to chase down and completed in 16:02 finishing 11th overall. Fantastic event and good to see friends we’ve missed all year.

On Sunday we went down to Mallory Park racing circuit for a fast 5Km. A fell race only 40 hours earlier possibly wasn’t best preparation for a fast time but Toby ran a very solid 15:23 - he lead his wave from the gun to finish line. Those time trials we all did in the summer paid off! ... See MoreSee Less

What do you think for today’s caption photo? ... See MoreSee Less

David Barnes do you think it would be possible to see if Jason Middleton’s article about Toby &Lukes uphill race could be sent to the Bolton News
It might’ve a bit of motivator to some of the folks With nothing going on at the moment
Thanks ... See MoreSee Less